UPDATE: BC Hydro says power restored to 97% of customers affected by windstorm

(UPDATE: Jan. 14 @ 6:30 am): BC Hydro said this morning it has restored power to 97% of customers affected by Tuesday night's windstorm.

"Crews have been working around-the-clock to restore power, replacing hundreds of spans of power line and replacing dozens of power poles, transformers and cross-arms," BC Hydro explained.

"Crews will continue to work throughout the day and expect to have all remaining customers restored today."

Estimates for power restoration are available at bchydro.com/outages.

More than 142,000 of the 212,000 customers impacted have had power returned, the corporation explained.

It had earlier said about 100,000 customers were affected.

Of the remaining customers without power:

BC Hydro added there is "extensive damage" from branches and trees coming into contact with electrical infrastructure.

"Planning through the night ensured all available BC Hydro crews and contractor crews have been mobilized," the corporation added.

"They will continue working around-the-clock to repair damaged power lines, poles and transformers to restore the power."

(UPDATE: Jan. 13 @ 7 am): BC Hydro has said strong winds are to blame for power outages affecting about 100,000 customers across the province this morning.

The worst-hit areas are the Southern Interior, Lower Mainland, Vancouver Island and the Gulf Islands.

Vernon is among the most seriously affected cities, alongside Abbotsford and Victoria.

"As the storm is moving its way across the province, it's causing extensive damage to BC Hydro’s electrical system due to branches and trees breaking contacting its equipment," the corporation explained.

All available crews are working to restore power to customers affected by #BCStorm. Find outage updates and the latest crews status on our mobile site: https://t.co/WFPFZF9XUd Watch this video to learn more and understand what our crew status means. pic.twitter.com/rtVpOsyn5F

"More outages are expected as a result of the wind. All available resources will continue to work throughout the day to safely restore power."

BC Hydro said it is also receiving reports of downed power lines.

"A downed power line is considered an emergency situation and members of the public should stay at least 10 metres back and call 911 immediately," BC Hydro said.

Head here to monitor the outages.

(Original story: Jan. 13 @ 5:27 am): Thousands of people are without power in Lake Country this morning.

Nearly 4,000 BC Hydro customers are affected by the outage.

The cause is under investigation.

It comes as many thousands of homes across BC are without power after parts of the province were battered by a storm.

One of the two main outage areas is east of Pelmewash Parkway, affecting 1,708 people. 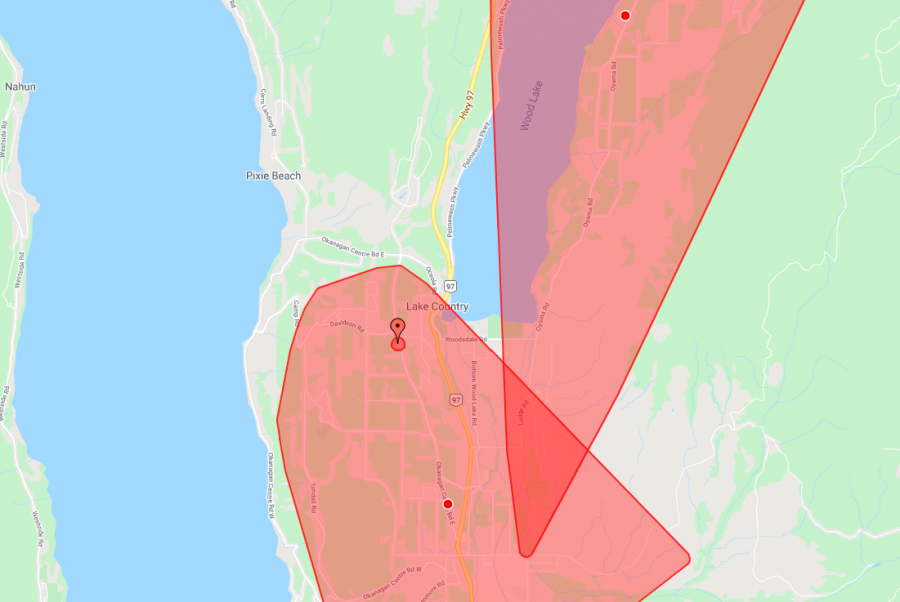 Power has been off since early this morning and crews are expected to arrive soon.

The other main outage, which is affecting 2,151 customers, is focused around Winfield, east of Okanagan Centre Road.

No crew has yet been assigned to investigate, according to BC Hydro.

Neither outage has an estimated time for the restoration of power. 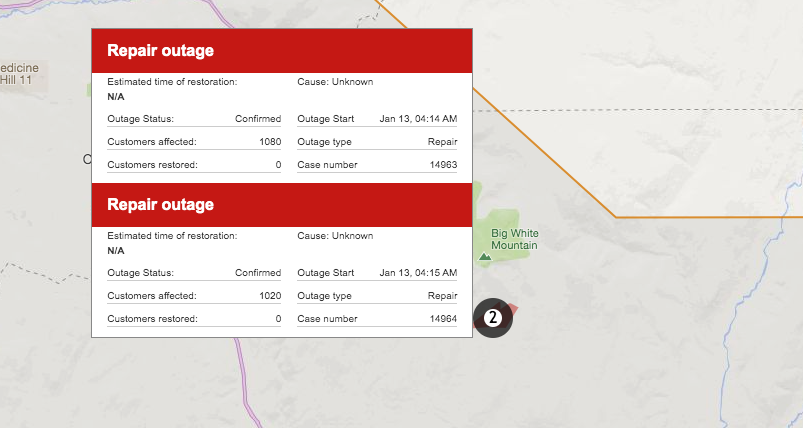 At Big White, meanwhile, over two thousand FortisBC customers are also without power.

Both are listed as in need of repair – but no estimated time for completion has been given.

This story will be updated when more information becomes available.