Organizers of a rodeo in southern Alberta are apologizing for a parade float with a turban-wearing man in a fake beard seated on a manure spreader with the words "The Liberal" painted on the side.

Photos of the float from Saturday's event in Sundre, Alta., about 80 kilometres northwest of Calgary, circulated on social media. It drew condemnation from a Sikh group in Calgary, which said the float was racist, as well as from some Alberta MPs.

Sundre Pro Rodeo posted a statement from its parade committee on Facebook saying the float had not been approved and had joined the parade without passing through any registration.

The rodeo further offered its deepest apologies, noting the float had been entered as a tractor. 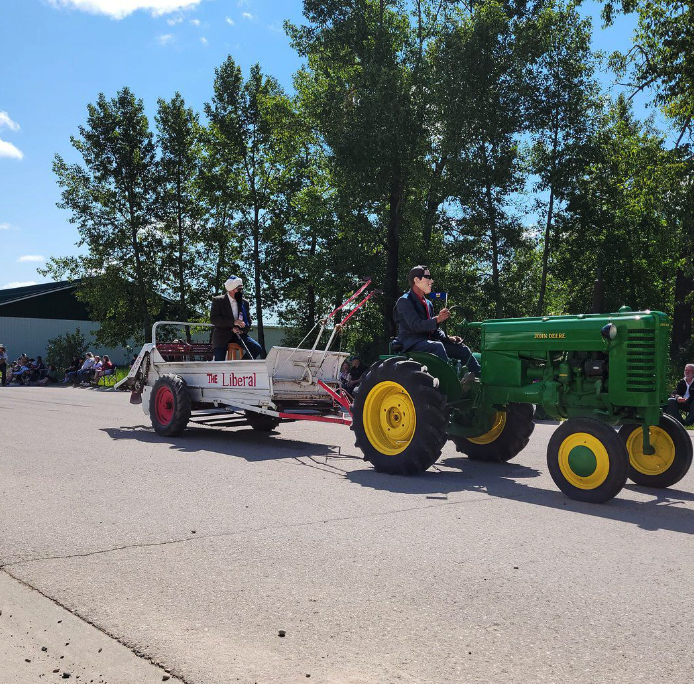 Some people who commented on the apology questioned the accusation of racism, noting the man in the turban and beard, who was not in blackface, was meant to depict federal NDP Leader Jagmeet Singh as a Liberal lapdog.

Sundre Pro Rodeo said in its posts that it "is committed to ensuring that entries will be reviewed in any future events" to prevent a similar incident from happening again.

"The Sundre Pro Rodeo does not approve the floats for the parade. That is entirely up to the parade committee! If we knew about that float, we would have NEVER approved it!" the organization's Facebook post read.

"Nobody had a clue that it had such profanity. So we are sorry."

George Chahal, a Liberal MP representing Calgary Skyview, condemned those responsible for what he called a "despicable display of racism."

"The Sikh community in Canada, of which I am a proud member, has a wide diversity of political perspectives," said a post on Chahal's Twitter account.

"More importantly, Sikhs have been a steadfast force for good in Alberta and across the country."

Jasraj Singh Hallan, a Conservative MP representing Calgary Forest Lawn, posted the float "should be condemned in strongest terms by all."

"This is absolutely disgusting. These kinds of acts have no place in Canada," he said in a Twitter post.

The Dashmesh Culture Centre, a Sikh community group in Calgary, said in a Twitter post that it welcomed representatives from the rodeo and parade committee to visit and learn about Sikhs.

"We need to have serious conversations and actions to stop these forms of racism," the centre wrote in a social media post.