The Attorney General elevated the charge from third degree murder. In addition, the other three officers involved in the arrest have been charged with aiding and abetting murder.

I laid flowers at George Floyd’s memorial this morning. As a former high school history teacher, I looked up at the mural of George’s face painted above and I reflected on what his death will mean for future generations. pic.twitter.com/XdcRdnxeAF

Governor Tim Walz said that "The charges announced by Attorney General Keith Ellison today are a meaningful step toward justice for George Floyd."

"But we must also recognize that the anguish driving protests around the world is about more than one tragic incident," he added.

"George Floyd’s death is the symptom of a disease. We will not wake up one day and have the disease of systemic racism cured for us. This is on each of us to solve together, and we have hard work ahead."

This comes after footage of police arresting Floyd surfaced, showing one officer kneeling on his neck. 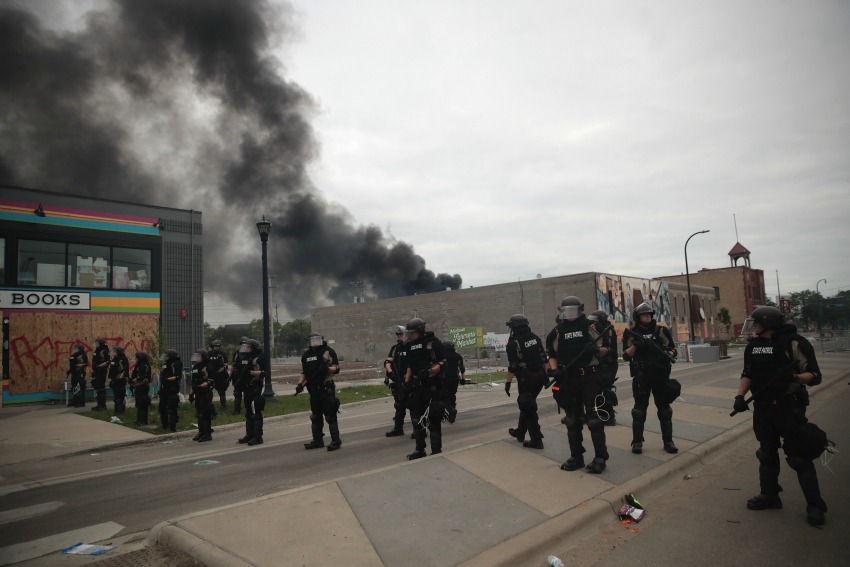 Agents with the Minnesota Bureau of Criminal Apprehension arrested Chauvin on probable cause related to the May 25 death this morning.

Freeman said the decision was made after going over evidence such as video, body cam footage, witness statements and coroner’s reports.

He added that a detailed complaint will be made available later today.

Former Officer Chauvin's actions were horrific. His arrest is a good first step toward justice for George Floyd. But it doesn't change the systemic problems and persistent inequities that led to his death or the pain our communities live with every day. We’re committed to change.

Minnesota Governor Tim Walz said that the arrest was a "good first step" towards justice for Floyd.

"But it doesn't change the systematic problems and persistent inequities that led to his death or the pain our communities live with every day. We're committed to change," he added.

Officials said that the investigation is still active.

The death of Floyd has prompted protests and riots across the US, with angry demonstrators burning down several buildings in Minneapolis – including the local police station.

Minnesota law states that a person found guilty of third-degree murder may be sentenced to imprisonment for a maximum of 25 years.