**This story contains graphic details and photos that some readers may find distressing.**

The BC SPCA is looking for public donations to help with the care of a dog with multiple gunshot wounds that was recently found abandoned alongside her brother in Beaverdell.

“Rose was abandoned on a property along with her brother for over a week when their owner was evicted,” explained Sean Hogan, manager of the Kelowna BC SPCA.

“The landlord discovered them but waited to see if the owner would come back, but unfortunately, he never did.” 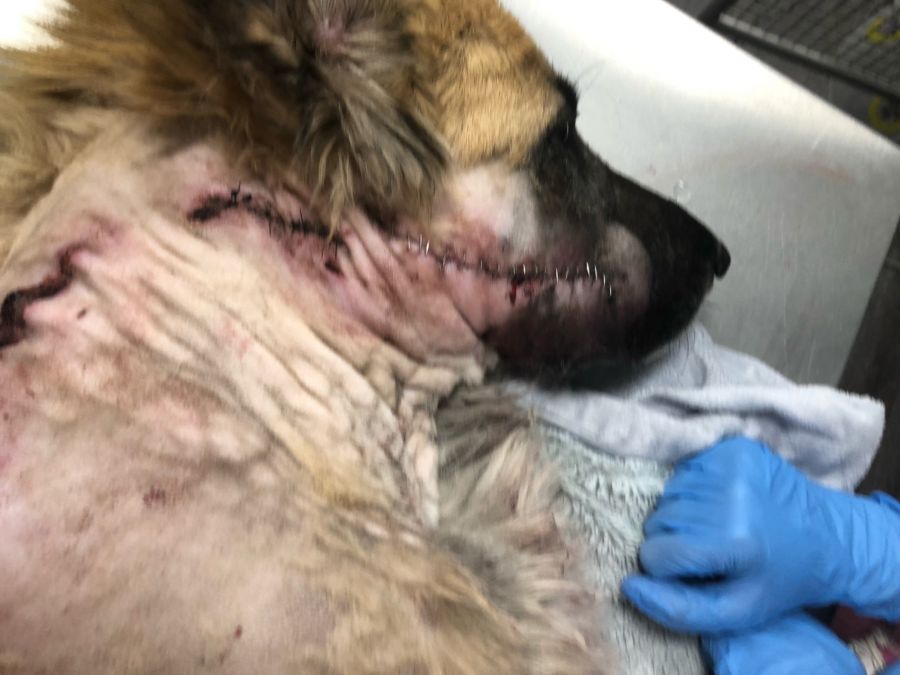 According to Hogan, the dogs got frightened during a storm and ran off into the woods and both were injured when they returned, with Rose’s injuries much more serious than her brother’s.

He said her wounds were severe, infected and becoming necrotic, and the dog could barely eat or drink.

“We immediately got her to an emergency veterinary hospital where they made her more comfortable and began attending to her wounds,” Hogan noted.

“While they were attending to the wounds they discovered buckshot scattered in them and determined that she had been shot.” 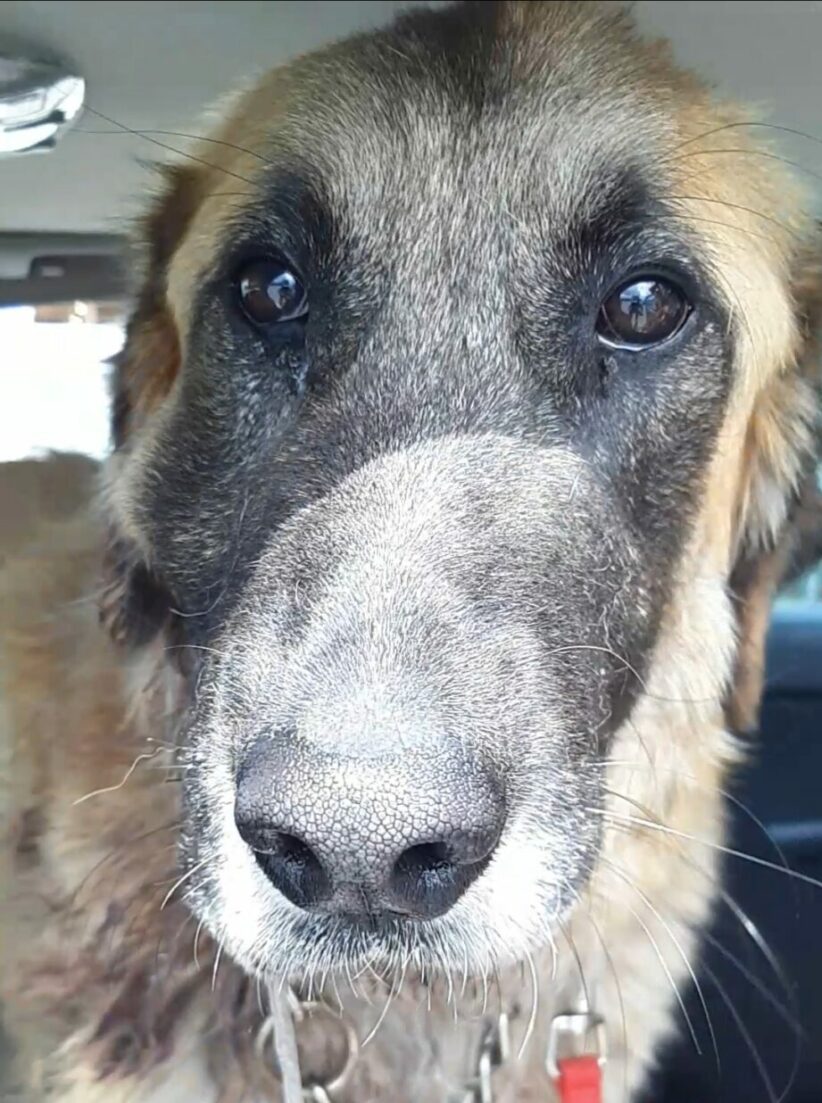 Rose has undergone multiple life-saving procedures, including an extensive primary wound closure surgery on her face and neck.

She also had a chest wound that was so severe that a honey bandage was required to promote new skin growth before a wound closure surgery could be performed.

Rose has a long way to go in her recovery efforts, including the potential for more surgery, and is currently on pain medications, antibiotics and fluids.

She still requires 24-hour care for multiple bandage changes per day, along with daily check-ins and monitoring from veterinarians at the emergency hospital. 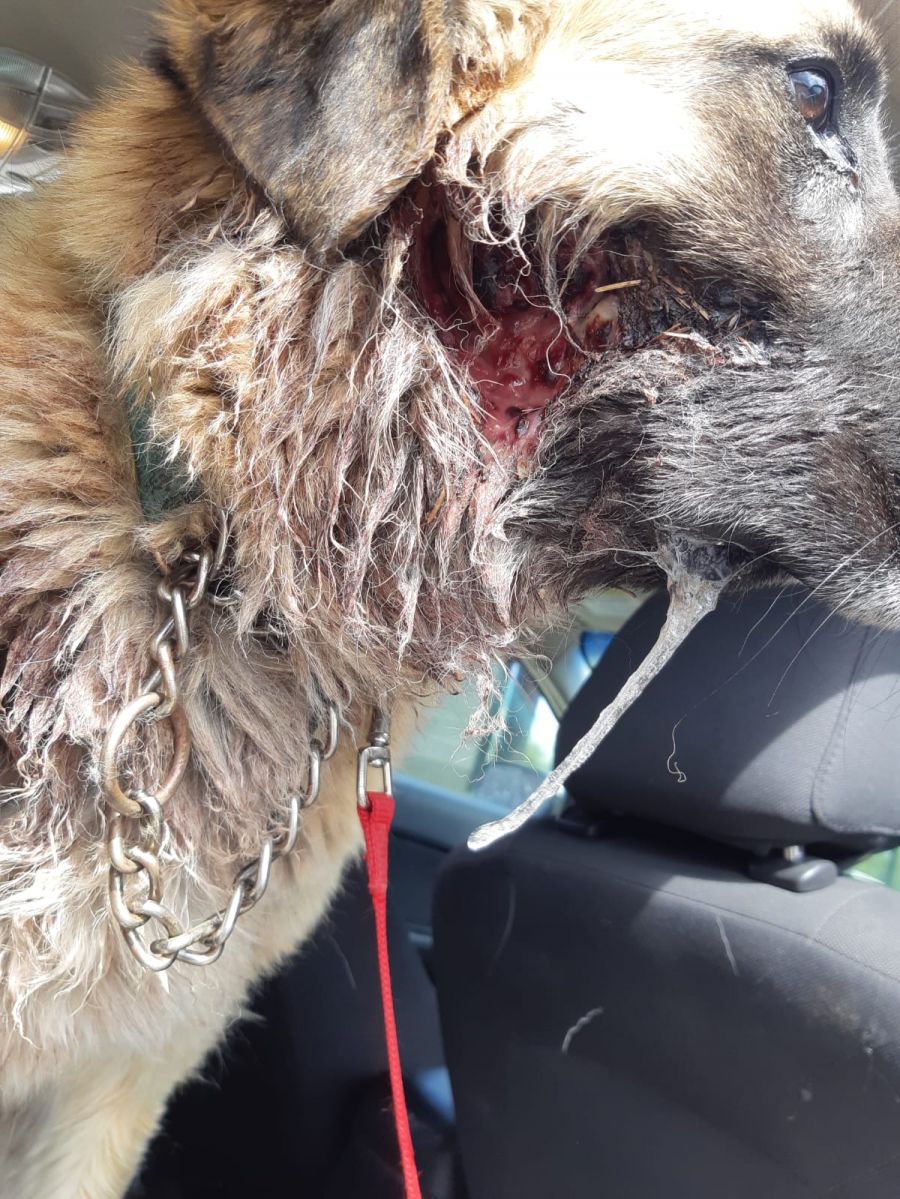 Despite all that she’s been through, Hogan said that Rose is still a very sweet and shy dog.

“Although she is very scared, nervous and in shock, she is still being as loving and affectionate as she can be,” he said.

“Everyone at the hospital has fallen in love with her, and cannot believe that after being shot, she is able to trust them to help and take care of her.”

Hogan added that Rose is on an upward path and, despite the long road of recovery ahead, her prognosis is good and the hope is she will make a full recovery and one day be available for adoption.

If you want to contribute to the BC SPCA to help the organization care for Rose and plenty of other animals in need, click this link.