Brad Paisley’s world tour is coming to the Okanagan

The South Okanagan Events Centre has secured another big name country star to play in the Okanagan next year.

Brad Paisley will be coming to Penticton on March 6, 2020 as part of his latest world tour. 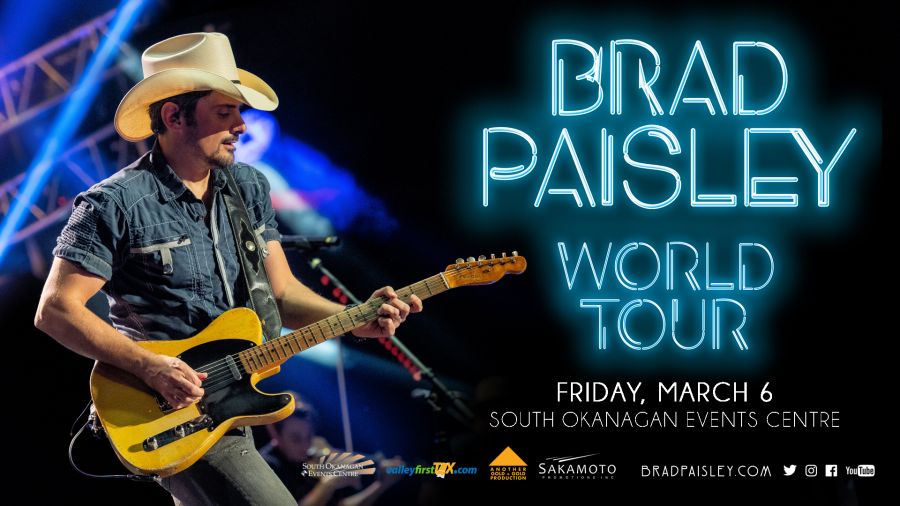 The 47-year-old is a veteran of the industry with 24 number one hits and more than 20 million worldwide album sales over his illustrious career.

Love and War, Paisley’s 12th studio album, was released in the spring of 2017 and he’s said he’s figuring out a new path with his upcoming album.

He’s released a pair of singles that will be on the new album, “My Miracle” and “Bucked Off,” but details like an album name and release date have yet to be released.

Whether he plays new songs on the upcoming tour remains to be seen, but you’ll hear hits like “Mud on the Tires,” “Ticks,” “Waitin on a Woman” and “Remind Me.”

For this show, the general admission floor section will be 19+, but the reserved seating at the SOEC will be all ages.