UPDATE: Magnitude-6.5 earthquake in Idaho felt throughout the BC Interior

(UPDATE: March 31 @ 5:20 pm) - The US Geological Service is reporting that the earthquake felt all over the BC Interior shortly before 5 pm was a magnitude-6.5 tremor in Idaho.

Early reports from the USGS say the epicentre was on the north end of Boise National Park, around 900 kilometres south of Kelowna.

It was only 200 km away from Boise, the capital of Idaho, where people reportedly feeling major shaking, but no significant damage has been reported yet.

It had a shallow depth of just 10 kilometres, which would explain why it was felt from such a distance away.

USGS lists the official time of the tremor as 4:52 pm PT and more than 6,000 people have already reported to the USGS that they felt it.

NowMedia will update this story as more information becomes available.

(Original story: March 31 @ 5:05 pm) - It appears as though an earthquake shook parts of the Central Okanagan shortly before 5 pm today.

NowMedia employees on the 16th floor of Landmark 6 reported an obvious shaking and that “the blinds started rattling. 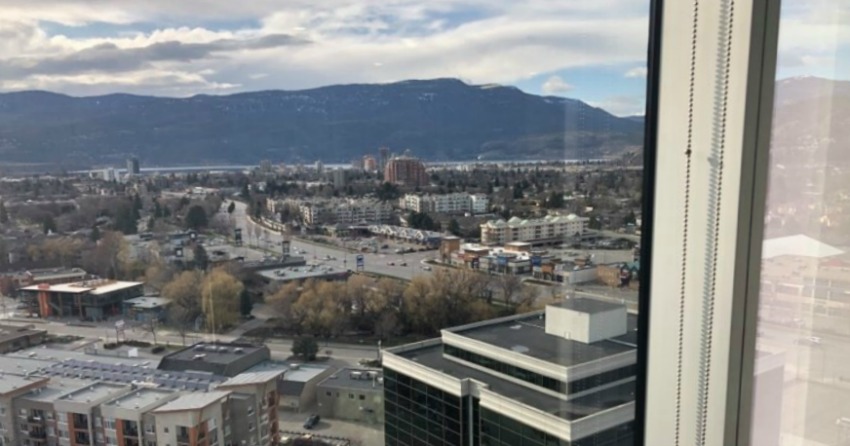 Soleil Pilon, who works in an office downtown, said “our building was definitely shaking. Nothing crazy, but definitely noticeable.”

It blew up the world of social media too, as many took to Twitter to report that they felt the tremor.

My sister in #kelowna reports an #earthquake at 5 pm today pic.twitter.com/OSUdycB3Cu

One woman even posted a video of her sister's hanging light fixture moving and shaking due to the reported quake.

NowMedia is working on getting official confirmation that it was in fact an earthquake and, if so, getting a recorded magnitude.