A decision to buy a Lotto Max ticket while out on a coffee run turned out to be a life-changing call for a pair of coworkers.

Matthew Saari and Glenn Lamb bought the ticket for the Oct. 7 draw while at One Stop on Bernard Avenue in downtown Kelowna.

It ended up winning half of a $1-million Maxmillions prize, split with another winner in Ontario, which meant $250,000 each for Saari and Lamb. 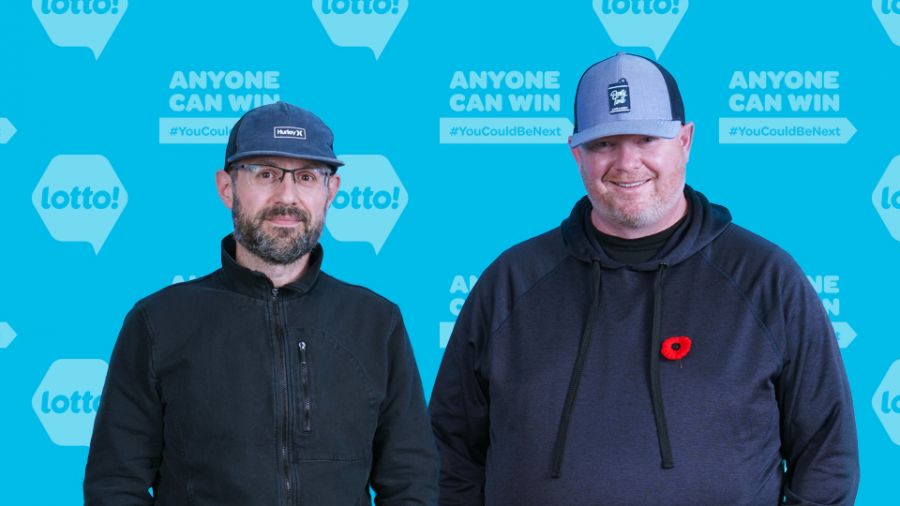 “This will open a few more doors for my family and will create a nice little nest egg for our future,” explained Saari, who was in a drive-thru when he discovered the duo’s win on the BCLC app.

Lamb was on the golf course when he found out. “There goes my golf game,” he thought, as the thought of winning hundreds of thousands of dollars surely didn’t help him focus on his swing.

When Saari and Lamb told their wives of their huge win, both women were in disbelief and Saari’s wife thought her husband was lying to her until she checked the ticket herself.

Both winners are excited to help their families with the windfall, but they’ll also use some of the winnings on their own hobbies.

That means more golf for Lamb and there’s no shortage of great courses to choose from in the Okanagan.

As for how it feels to win such a big lottery prize, Saari summed it up simply: “We’re very happy.”