The Kelowna RCMP has confirmed that Monday afternoon’s serious crash on Hwy 97 was fatal.

A 30-year-old woman, who was a passenger in a green Chevrolet SUV that was involved in the multi-vehicle accident, was declared dead at the scene. 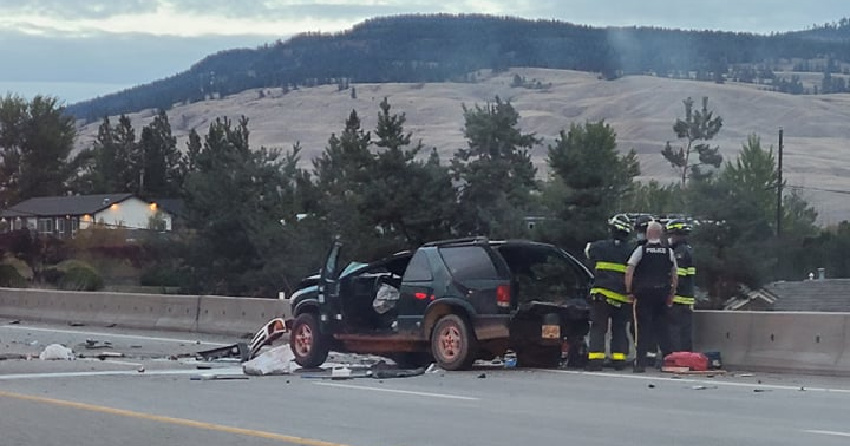 The driver of that vehicle, a 36-year-old man, was transported to hospital with what are believed to be non-life-threatening injuries.

“Fortunately, the occupants of the other three vehicles did not sustain serious injuries in this collision,” said Cpl. Jocelyn Noseworthy. “We offer our condolences to the friends and family of the deceased.”

The crash happened around 3:30 pm Monday on Hwy 97 N near Ellison Lake.

According to police, the SUV was heading southbound when it crossed the centre line and hit a northbound black Dodge pickup head on.

Another two vehicles were also involved in the crash, which resulted in the closure of Hwy 97 for several hours as the scene was processed and investigated.

No charges have been laid at this time as investigators continue to try and paint a picture of what happened. 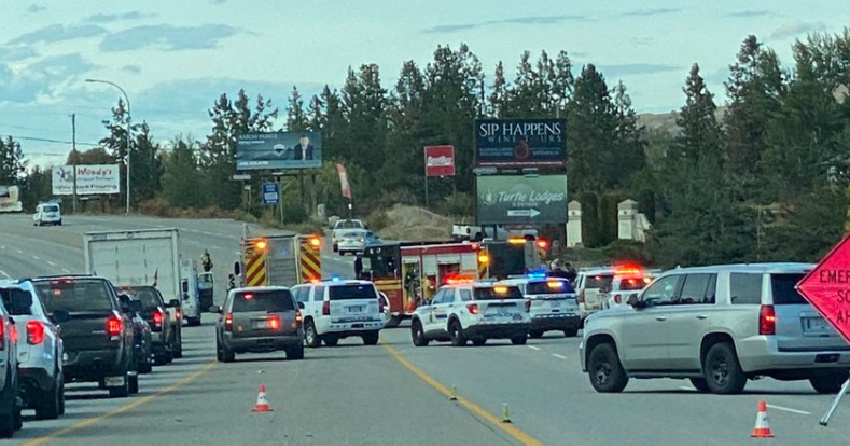 “We are asking anyone who witnessed the collision, has dashcam or surveillance video, or has any information, to come forward and speak with us.”

The BC Coroners Service is conducting its own, parallel investigation into the woman’s untimely death.

No further details, including the victim’s identity, will be released at this time.

To report a typo, send an email to [email protected]om.