A Lake Country woman’s work will be on display at Kelowna International Airport (YLW) for the next year.

The 40-feet-long and eight-feet-tall installation, which was selected by the Kelowna Art Gallery (KAG), debuted as the airport this week.

Lock’s four massive mixed-media paintings are front and centre at YLW, right above the airline check-in area, to greet travellers as they enter the airport. 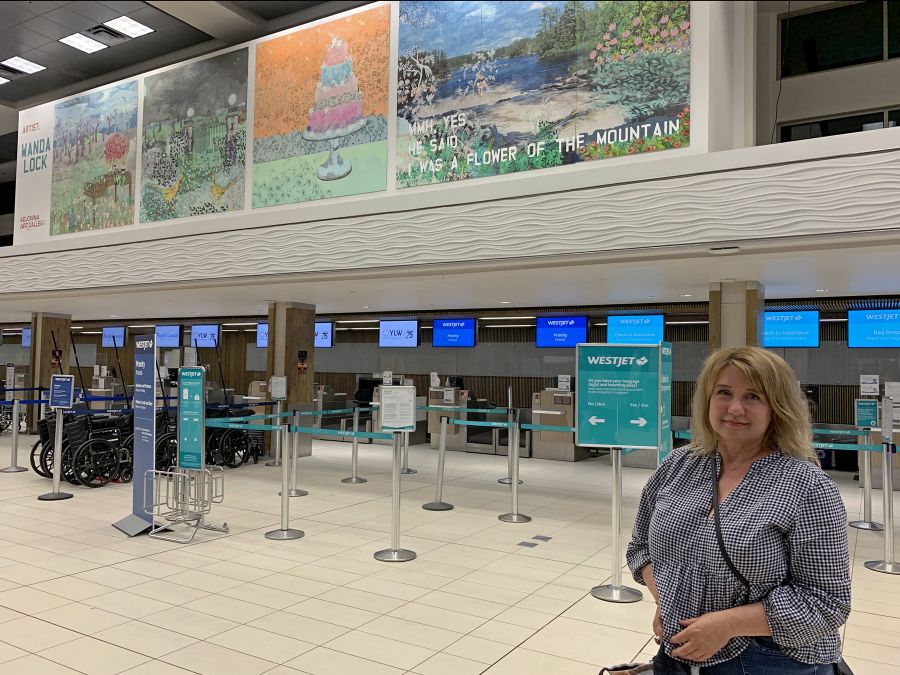 “Lock has woven literary and cultural references into the atmospheric paintings, inviting viewers to revel in the images of romance and fantasy they conjure up,” explained a KAG release.

They both intersect upon an iconic seed cake, which Lock has rendered in her characteristic painterly language.

It’s interesting timing as well, as Bush recently made headlines by topping the music charts 30 years later after her song "Running Up The Hill" was featured on Stranger Things.

Lock began her formal training in the arts at Okanagan University College in Kelowna before attending Emily Carr College of Art and Design in Vancouver.

Since graduating in 1992, Lock has established herself as an important part of the Okanagan arts community.

Her work has been shown in many solo and group exhibitions, including three times at the KAG.

The new installation at YLW will be on display until June 2023.