Wings Tap and Grill in Kelowna's Rutland neighbourhood was the target of vandalism last night, after four youths were turned away for not being able to provide their BC Vaccine Cards.

Owner Brent Stewart expressed his frustration after the front of his restaurant was left painted in graffiti of obscene images, swastikas and illegible writing.

The four young adults who were allegedly intoxicated at the time, tried to enter the restaurant using the same vaccine card but when they were refused entry; they claimed they did not need the identification as they were under 19.

“They were obviously underage and drunk so we weren't going to let them in anyway, so then they left and threatened staff and other customers that they would come back and shank them,” said Stewart. 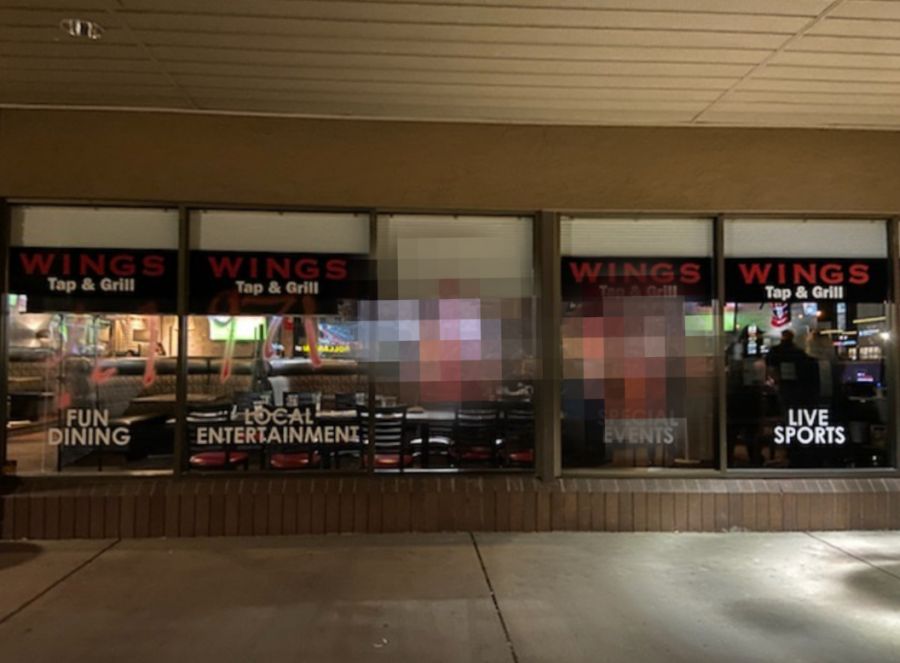 It was shortly after when the a portion of the group returned and proceeded to spray paint the outside of the business with the graphic imagery.

“I spent the night removing it, it was gone by the time the sun came up today,” he said.

Stewart, unbothered by the graffiti, has voiced his concern mainly for his staff as interactions of people refusing to comply with the new health mandate are becoming increasingly threatening and violent.

“We make great wings, not regulations. We’re just doing what we’re supposed to do,” said Stewart.

General Manager for the location, Michelle Saraceni said that their staff and 16 year old hostesses shouldn’t have to be berated because of these mandates.

“We’re all mad, we do the best we can, but it drives me crazy that we’ve been through so much and we just have to keep dealing with more," said Saraceni. "We didn’t come up with these rules and we’re just doing what we need to do in order to keep our doors open." 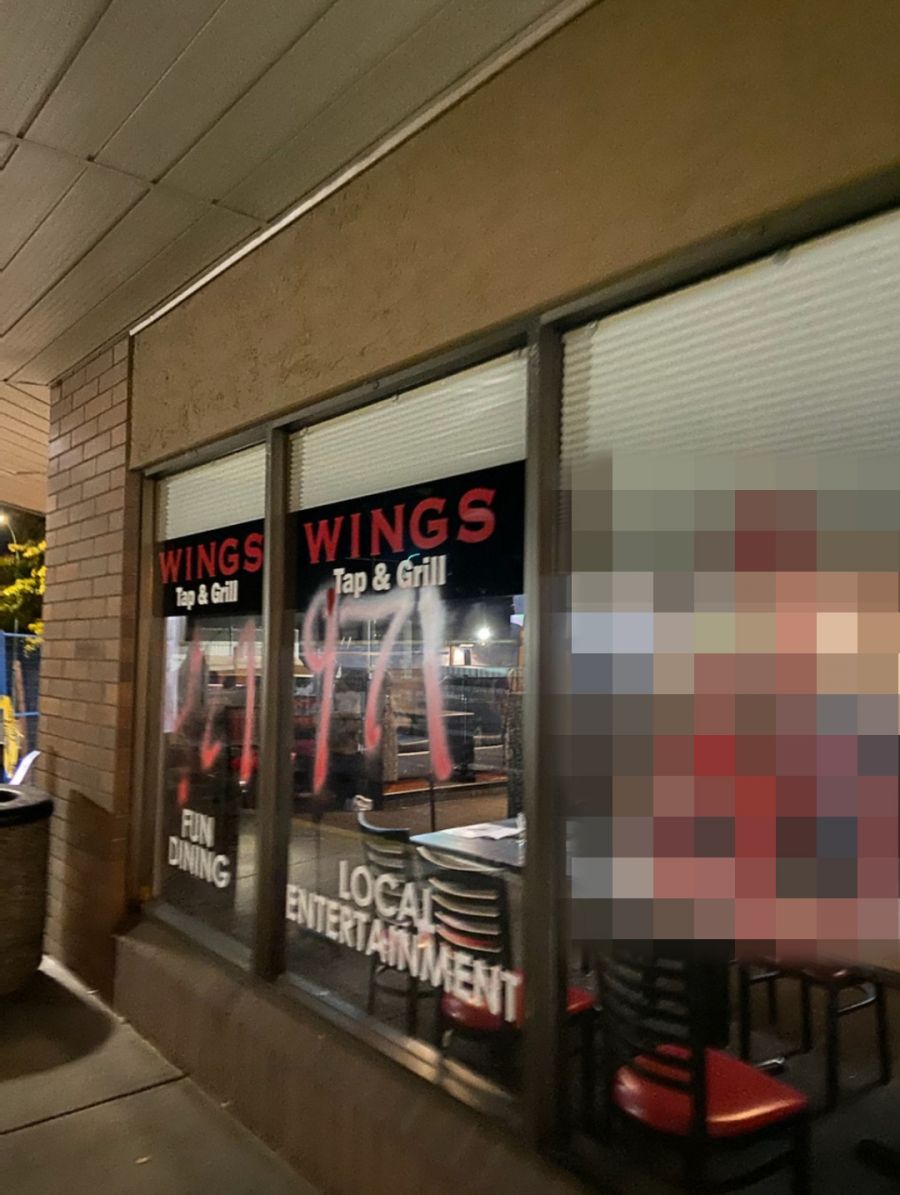 Fortunately, the Wings incident is only the second outright act of violence or vandalism in the province tied to vaccine passport checks at restaurants.

Sometime overnight Thursday, Melange restaurant in Nanaimo had its front windows smashed after someone was earlier refused entry.

"While the damage at Wings and in Nanaimo is terribly unfortunate, thankfully, this is not a common occurrence," said Ian Tostenson, the president of the BC Restaurant & Foodservices Association.

"Such backlash is so misdirected. Restaurants are simply following a provincial health order. If people don't like the vaccine passport system they should be phoning their MLA."

Tostenson said checking vaccine passports is not necessarily what the hospitality industry wants to be doing, but it's the right thing to do to curb the pandemic and get back to normal.

"It's not a perfect system," he said.

"But considering we have 8,000 restaurants in BC, we've only had 80 situations where restaurants have refused to check vaccine passports. There's been 700 investigations, but most of those ended up being misunderstandings. There's been 45 warning letters and only three closures (including Renegade Kitchen in Kelowna, which went up for sale shortly after being shuttered)."

Security footage from the Wings Tap and Grill has been released to the RCMP, but no charges have been made at this time.

The investigation is ongoing and anyone with information about the mischief is asked to contact the Kelowna RCMP at 250-762-3300.