(UPDATE: Aug. 2 @ 10:09 am): Mayor Colin Basran has spoken out to reassure Kelownians about public safety in the city in the wake of a double shooting on the weekend.

He said Saturday night's shooting, at the intersection of Pandosy Street and KLO Road, was "very distressing and concerning."

"Incidents like this put the lives of innocent people and our first responders at risk and are not acceptable," he said.

But the Mayor added: “Thankfully, gun violence is extremely rare in Kelowna."

Basran said he has "full confidence" in the RCMP as they continue their investigation.

He went on to explain that community safety is one of the City of Kelowna Council's priorities, pointing to investments made in police and bylaw resources in recent years. 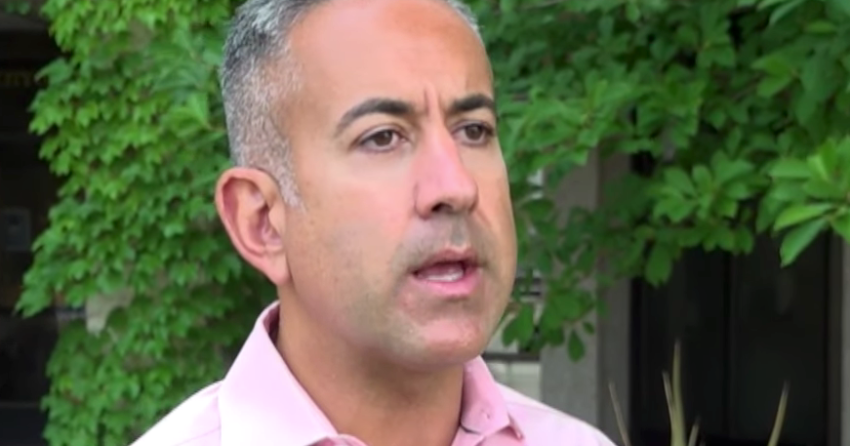 “We are a vibrant, healthy community and our citizens do believe Kelowna is a safe city overall," he said.

“Saturday night's shooting of two men in a public and popular area of Kelowna is very distressing and concerning. Incidents like this put the lives of innocent people and our first responders at risk and are not acceptable.

“The RCMP have indicated this event was targeted among people known to each other. I have full confidence in the RCMP as they continue to investigate this matter thoroughly to ensure justice and community safety are upheld.

“I would like to thank RCMP and emergency services for their quick actions Saturday night.

“Community safety is a top Council priority – that’s why we invest more than 30% of all tax dollars into Police and Bylaw Services. At $43.6 million, this represents our largest operating investment in 2021.

“Since 2018, we have hired 30 RCMP officers, 26 RCMP support staff, six Bylaw officers, two Bylaw support staff and a Community Safety Director. We will continue to make investments in public safety to ensure our city remains one of the best places in the country to live and to visit.

“We are a vibrant, healthy community and our citizens do believe Kelowna is a safe city overall. In the 2020 Citizen Survey, 87% said they felt safe in Kelowna.

“As a City we will also continue to invest in strategies that connect young people to health, education, and employment and partner with our community to support violence prevention programs.”

(UPDATE: Aug. 1 @ 1:15 pm): Kelowna RCMP remain on scene of a shooting at the intersection of KLO Road and Pandosy Street.

According to police, officers are still in the area because they found an explosive device.

The original incident occurred shortly before 7 pm. The two victims involved in the shooting were transported to hospital with serious injuries.

"37-year-old West Kelowna resident Kyle Gianis was treated for non-life-threatening injuries and has since been released from the hospital," wrote police.

"The second victim, a 25-year-old Surrey man, remains in hospital with what are believed to be life-threatening injuries."

Witnesses reported seeing a man flee the scene in a silver SUV following the event. No arrests have been made. 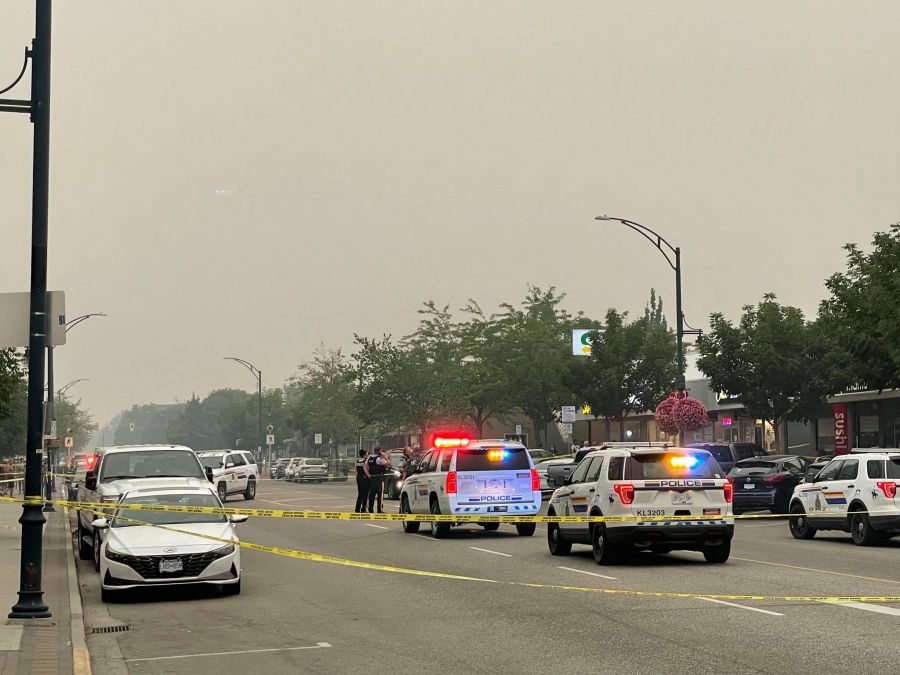 "We have reason to believe this was a targeted attack on these two men,” said Insp. Beth McAndie of the Kelowna RCMP.

“Because of his criminal activities and associates, Mr. Gianis poses a threat to our community and the public in general, and we are putting all our resources into investigating this newest incident.”

“While investigating the scene of the shooting, frontline officers located what is believed to be an undetonated improvised explosive device,” states Cpl. Jocelyn Noseworthy, Media Relations Officer for the Kelowna RCMP.

“Police immediately cordoned off the area. It will remain closed until officers with the RCMP Explosives Disposal Unit have safely dealt with the device.” 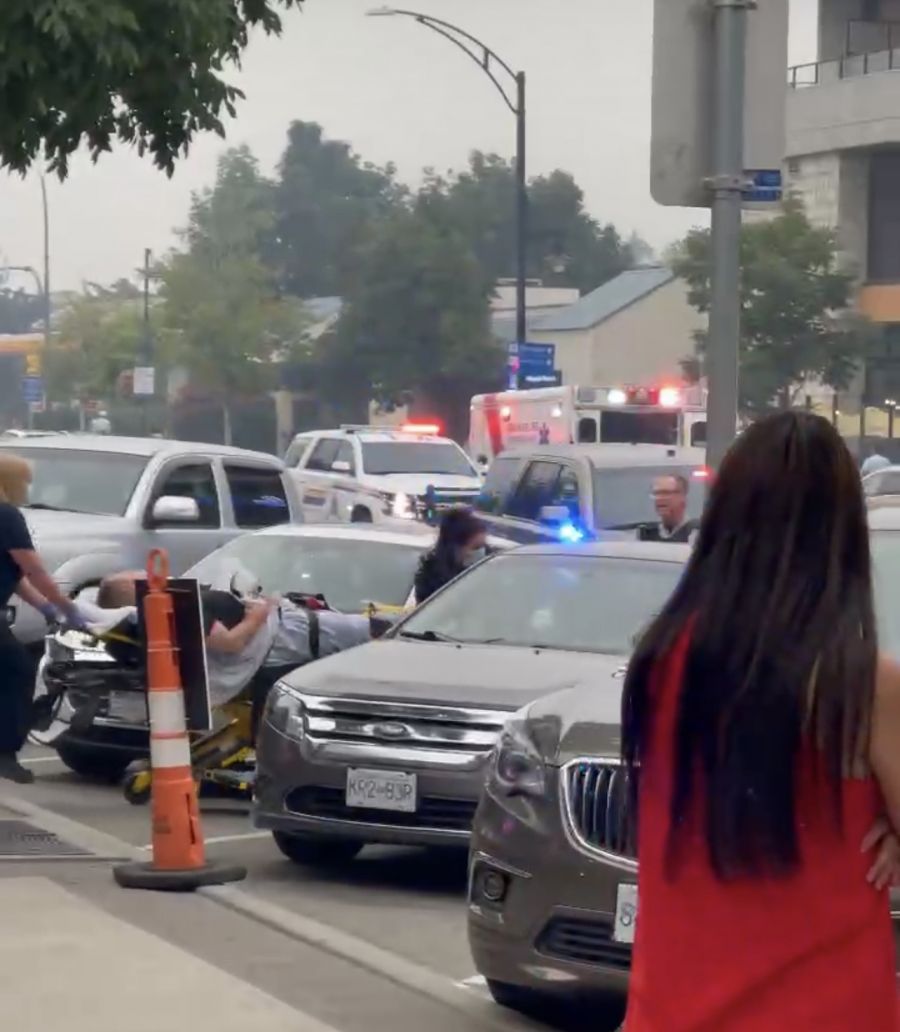 On Saturday evening just before 7 pm, Kelowna RCMP was called to the area of Pandosy Street and KLO Road in Kelowna for a report of shots being fired.

Kelowna RCMP officers located two adult male victims suffering from apparent gunshot wounds. The victims have been transported to the hospital. The seriousness of their injuries is not yet known.

No arrests have been made at this time, but this incident is believed to be targeted.

"The investigation is still in its early stages and officers will be in the area for an undetermined period of time."

No further information is being released at this time, but Kelowna RCMP is urging anyone who witnessed or has knowledge of this crime to come forward to speak with the police immediately.

Anyone with any additional information is asked to contact the Kelowna RCMP at 250-762-3300. Or remain completely anonymous by calling Crime Stoppers at 1-800-222-8477 or by leaving a tip online at www.crimestoppers.net