Since it was founded in 2016, the Abbotsford Tulip Festival has quickly become a popular spring event that attracts people from all over British Columbia.

After four successful years, the festival was cancelled due to COVID-19 in 2020, but when it’s safe for visitors to enjoy the festival again, they won’t be going to Abbotsford.

The festival announced today that it plans to eventually rebloom in the North Okanagan.

Thank you and farewell. We are closing our doors to rebloom again in the Northern Okanagan. It’s a bittersweet feeling...

“It’s a bittersweet feeling to say goodbye to the incredible community that supported our vision for the last few years, but we’re hopeful for the future of the event in our new community in the North Okanagan,” said Alexis Szarek, the festival’s founder.

“We want to thank all of our dedicated staff and volunteers who greatly contributed to our success in Abbotsford, as well as the many community stakeholders who helped us along the way.”

The cancellation of the event last year and the uncertainty of the 2021 season were both factors behind the decision to relocate the festival.

However, the biggest reason for the move is that the land where the festival has been held since 2016 was recently sold to new owners. 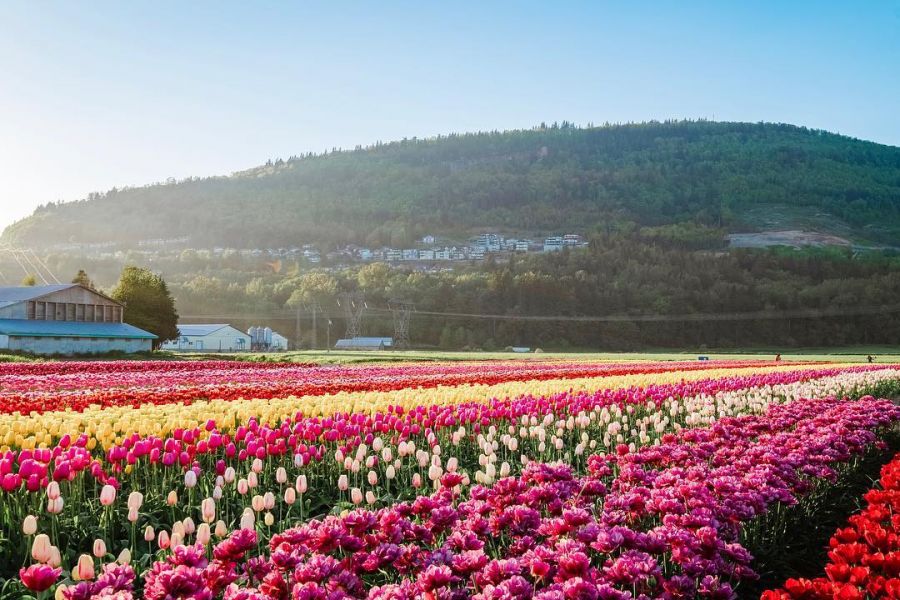 Szarek and her growing family have now made the move to Armstrong, where she and her husband Marc hope to reimagine the popular tulip festival.

The outdoor event attracts up to 100,000 visitors each year over six weeks in April and May, as people come from far and wide to marvel at the 2.5-million rainbow-coloured tulips in full bloom.

Whenever Szarek and her family are able to relaunch the festival in the Armstrong area, it has the potential to become yet another huge tourist attraction in the Okanagan.