(UPDATE: June 27 @ 3:25 pm) - The search for a tourist who disappeared into Okanagan Lake nine days ago has come to a tragic end.

Police confirmed today that the body of 34-year-old Oluwaseun Samson Adedeji has been recovered with the use of sonar and a remotely operated vehicle.

It was found in 64 metres of water, around one kilometre from where he went missing.

Cst. Mike Della-Paolera called it "a tragic and sad event to start (the) summer season here in the sunny Okanagan."

Adedeji was vacationing in the area with five friends from Calgary when the incident happened on June 18.

According to the RCMP, he jumped into Okanagan Lake from a boat near Squally Point, which is south of Rattlesnake Island, but did not resurface.

The discovery of his body came after what police called "an extensive three-day search."

(Original story: June 20 @ 4:05 pm) - Multiple agencies are involved in an ongoing search for a man who went missing while swimming in Okanagan Lake over the weekend.

According to police, 34-year-old Oluwaseun Samson Adedeji failed to resurface after jumping into the lake from a boat on Saturday afternoon.

The incident happened near Squally Point, which is south of Rattlesnake Island. 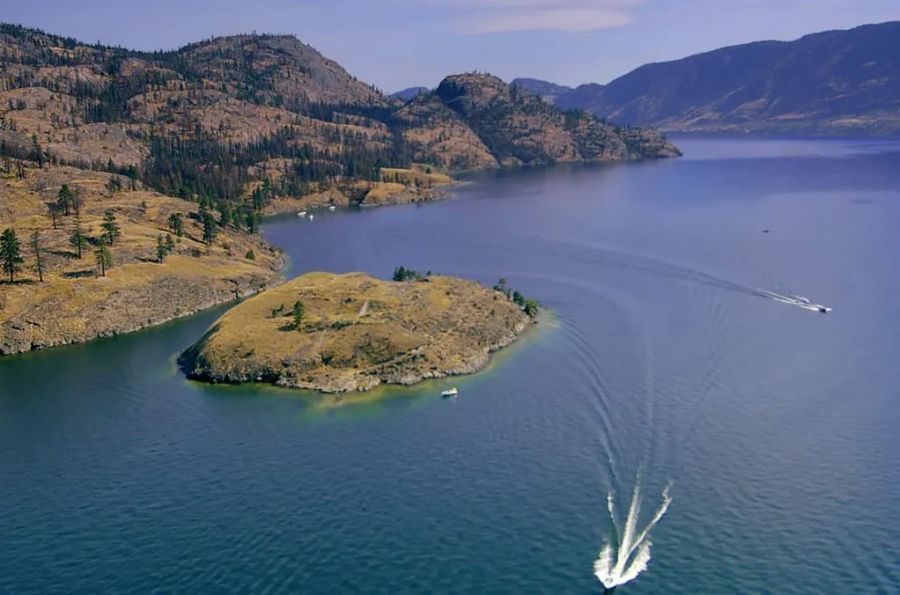 Police were called around 3:45 pm on Saturday and the West Kelowna RCMP boat team was quickly deployed to search for the missing man.

Central Okanagan Search and Rescue and Peachland Fire & Rescue Service joined in on the search as well.

“Despite their efforts, searchers were unable to locate Mr. Adedeji,” explained the West Kelowna RCMP.

Police said the search for Adedeji is ongoing, but no further information or a picture of the missing man were provided.