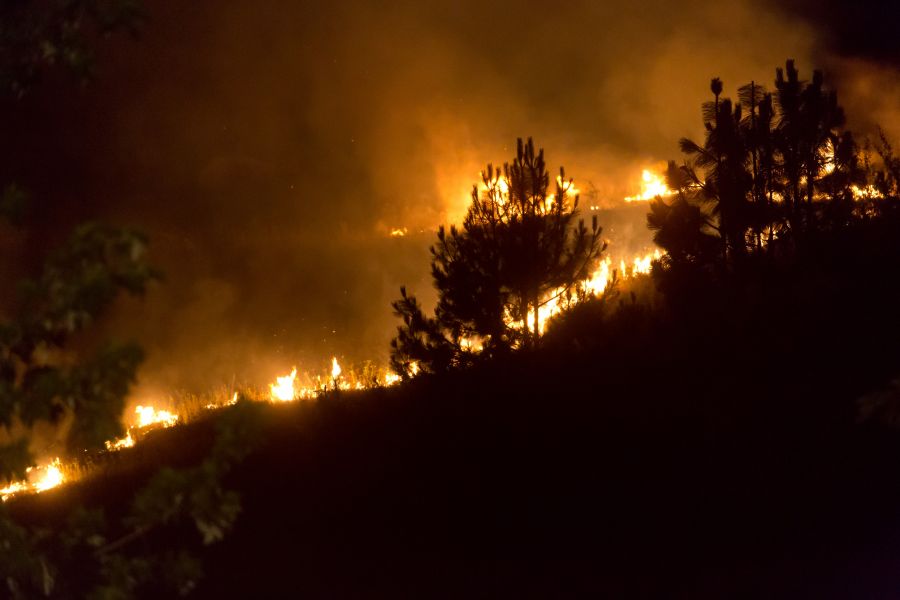 At the peak of the blaze, flames were visible from several kilometres away, and the smell of smoke was heavy in the air as far as the intersection of Eckhardt Ave West and Highway 97.

Jim Cavin of 103 Bing Drive, the owner of the closest property to the blaze, and one of a dozen or more people watching the action from the street, said he first realized something was up when his dog began barking just after midnight. 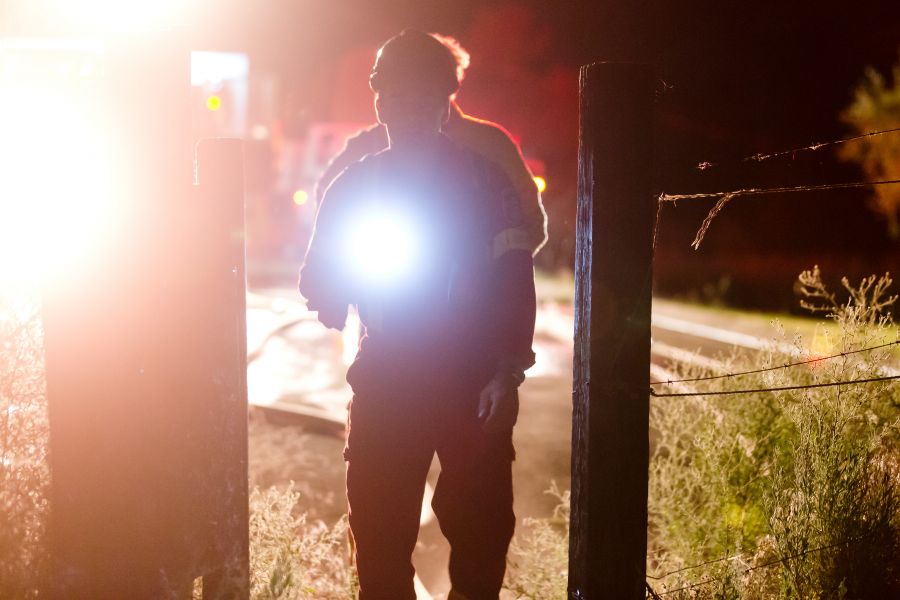 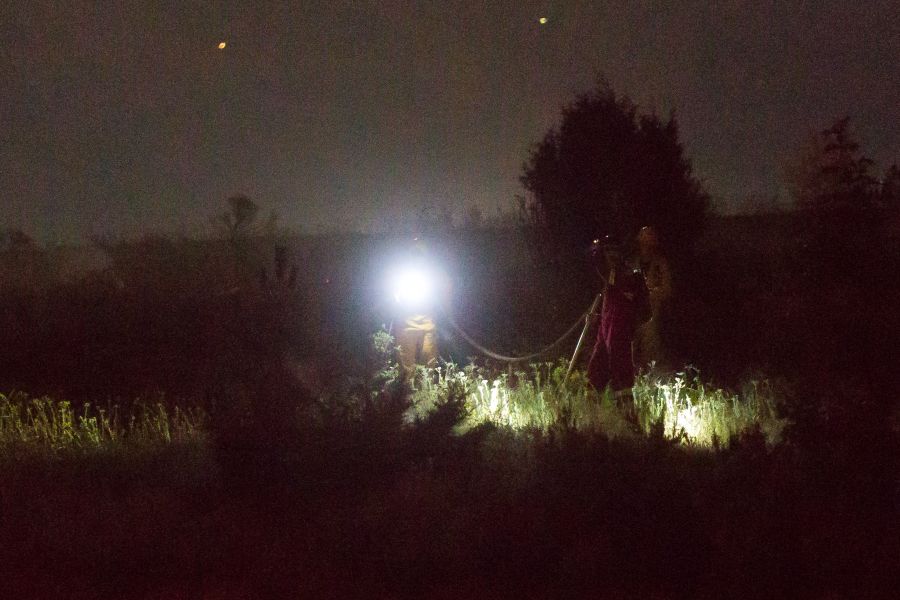 "And then I saw a fire truck and wondered what a fire truck is doing here at 12:30 a.m. in the morning. And then I saw firefighters running down to the reserve through the gate (at the south end of Bing). And I looked down that way and thought holy crap. That was 12:45 a.m. That time is kind of burned into my mind now."

By 1:30 a.m., firefighters, who had fanned out over the area with flashlights, hoses, and equipment, were in apparent control of the situation. It was a fast and impressive response. 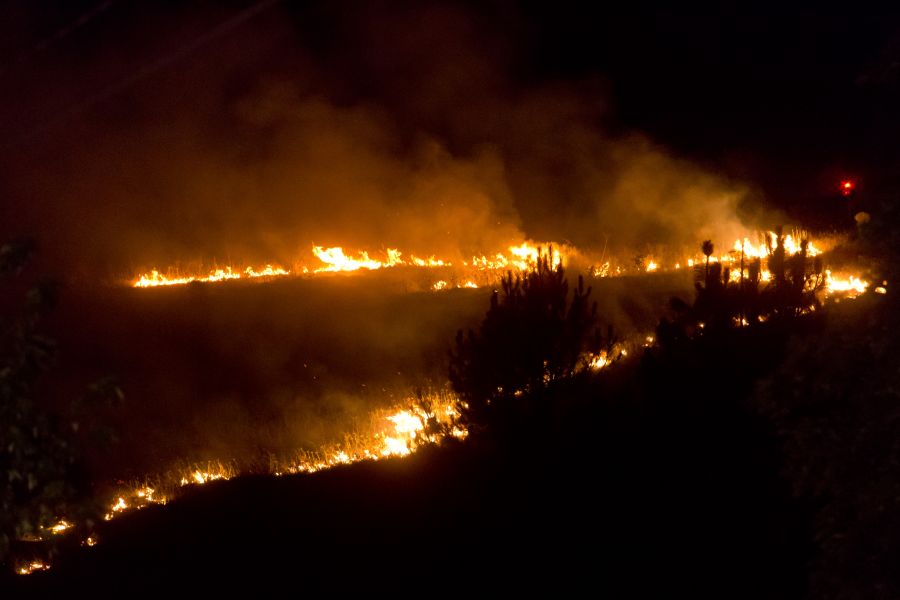 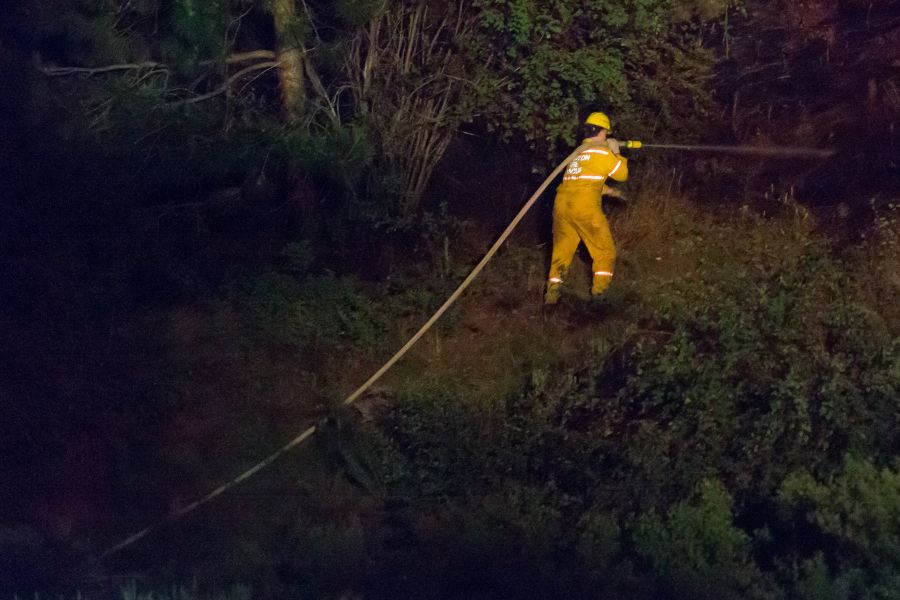 On the scene was PFD Captain Graham Gowe, who spoke with PentictonNow just a few meters from the PFD vehicles parked on Bing.

"It was a wildland fire. Probably about four or five hectares. It was ranked 1 or 2 when we got on the scene, open flame, in grass, we had the odd tree. We were lucky it wasn't forested."

"We got a good knockdown on it. We got crews up on the southwest corner and defended this area here because we had a stand of trees and these homes." 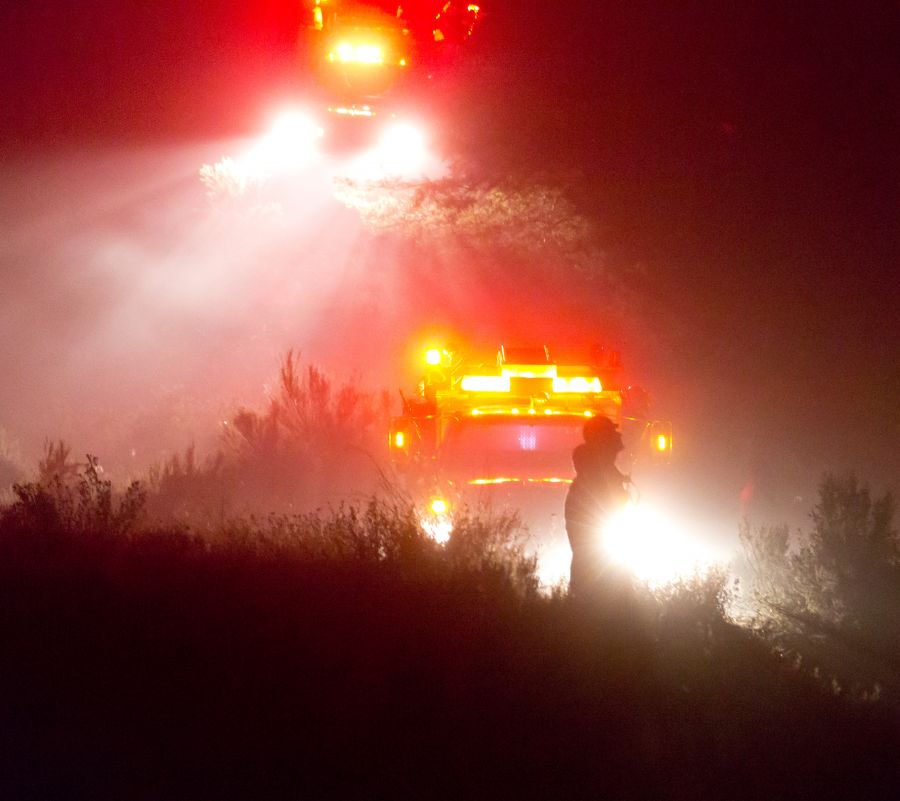 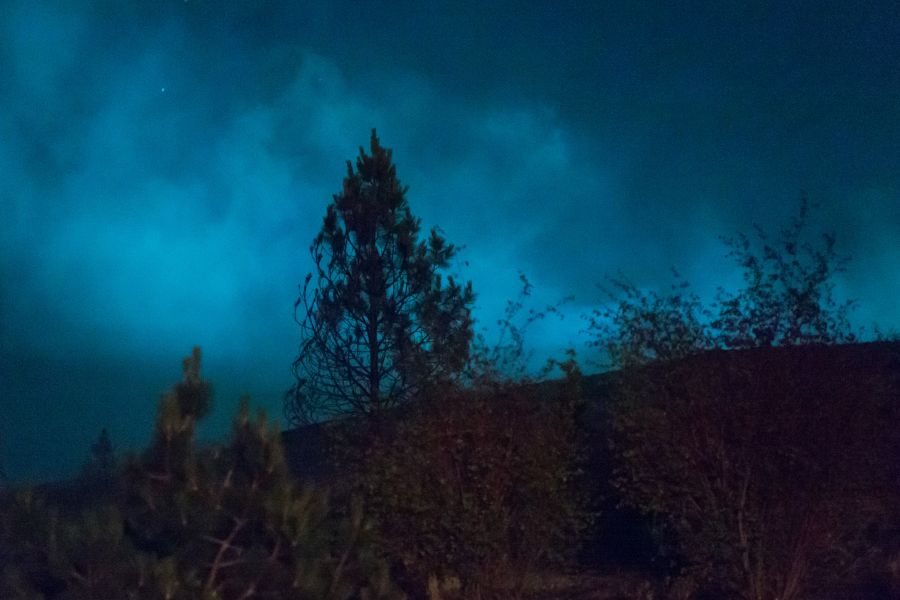 Gowe said the PFD had initially received a call about a possible grass fire, and then a flurry of calls. "We initially made it a second alarm, so that brings in half the crews, and then we needed a third when we got on the scene."

Gowe confirmed they'd quelled the blaze before any structures were threatened, adding that they'd yet to determine if a vehicle found in the zone "had anything to do with the origin of the fire."

"We also had reports that there were people camping in there who were trapped, but we haven't found anybody yet. The fire wasn't moving at a speed where someone couldn't get out." 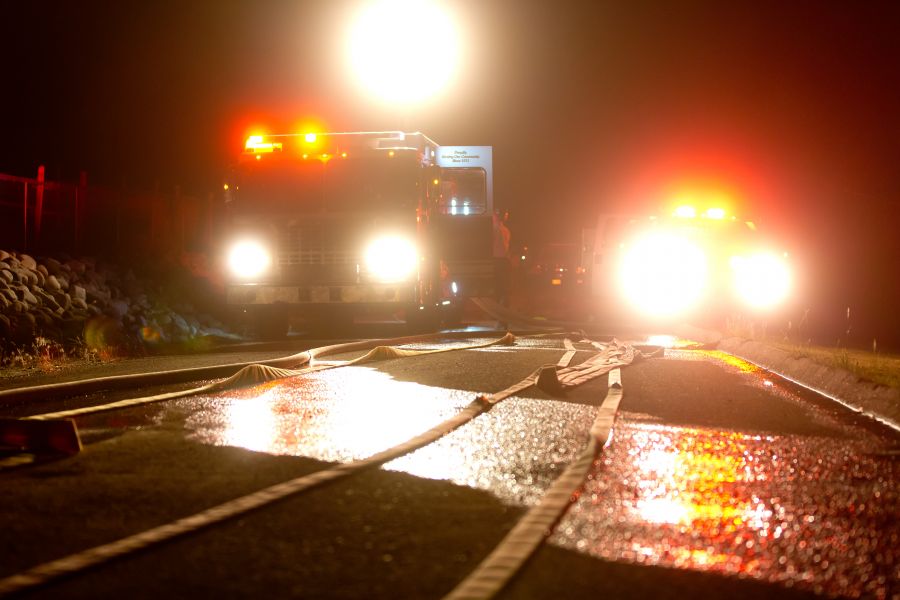 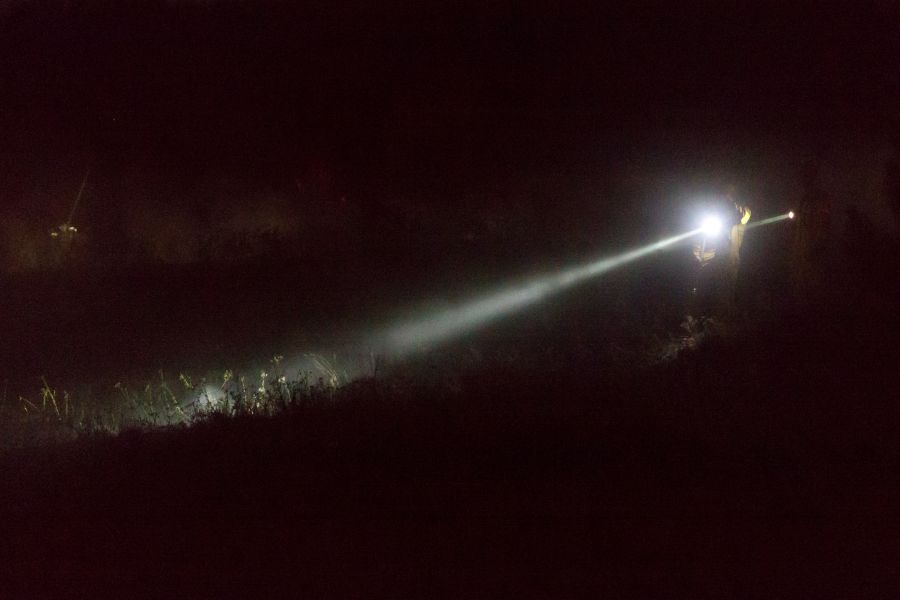 "We were lucky it was mostly just grass. We had an engine and a bush truck here on Bing, and we do have another engine and a tender that came in off the Westhills area, off the school there. And the PIB had two vehicles in there as well."

Crews were mopping up and monitoring for flare-ups as PentictonNow left the scene at approximately 1:45 a.m. 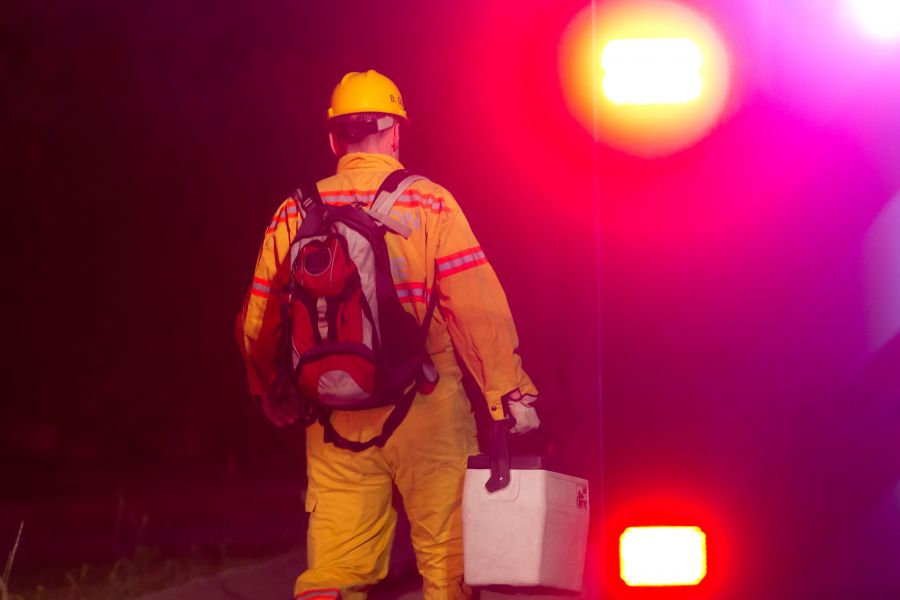 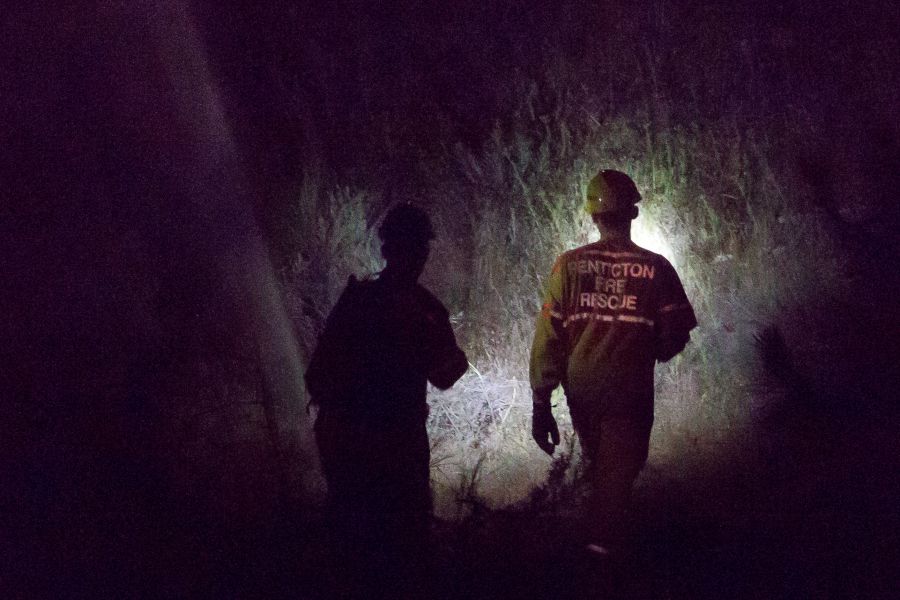