As Vancouver begins removing tent encampment, residents wonder where they should go

The summer of 2022 is shaping up to be a bumper season for both pink and sockeye salmon in British Columbia rivers, with one veteran Indigenous fisherman reporting the biggest catches of sockeye in decades.

Mitch Dudoward has worked in the salmon industry for more than 40 years and says fishing on the Skeena River in northwest BC has never been better.

"This is the best season I can recall in my lifetime with the numbers we are catching," said Dudoward, who recently completely a big sockeye haul aboard his gillnetter Irenda.

The strong run comes two years after the closure of two open-net Atlantic salmon farms in the area. 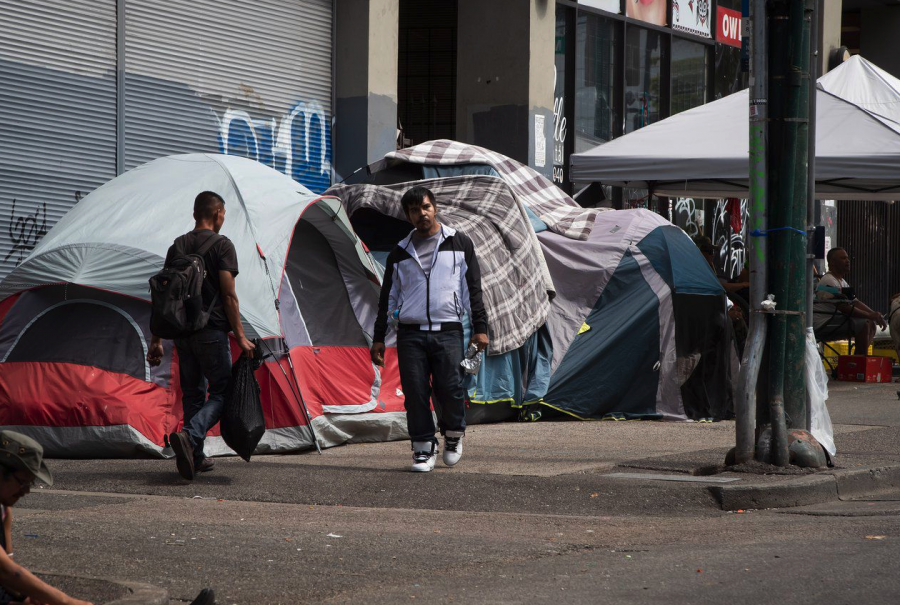 "We had targeted those farms," said Chamberlin, whose group wants open-net farms removed from BC's waters. "We got them removed and two years later we went from 200 fish in the river to where we have several thousand to date. In our mind and knowledge that is a really clear indicator."

But Bernie Taekema, a salmon expert who consults for several BC salmon farming companies, said data for pink salmon returns on the Central Coast and Broughton Archipelago shows numbers in the area were much higher two years ago.

"Test fisheries currently indicate that Skeena sockeye returns are tracking at the upper end of the forecast, with an in-season estimate of approximately four million sockeye," said Sloan in a statement. "Sockeye populations returning to a number of areas in British Columbia, Washington and Alaska are returning better than forecast in 2022."

The five-year average return of sockeye to the Skeena is 1.4 million and the 10-year average is 1.7 million, Sloan said.

Dudoward said the Skeena sockeye season ended this week, but it could have gone on longer.

"We should be fishing until the end of August when the sockeye stop running," he said. "There's plenty of them to take."

The union that represents the commercial fishers on the Skeena agrees the season was cut short, resulting in crews losing out on potentially more lucrative financial returns.

"We absolutely could have continued to harvest them and we were just told, 'No,'" said UFAWU-Unifor organizer Dawn Webb in an interview. "One hundred per cent we could still be fishing. There's tons of fish going through there right now."

But Sloan said the Fisheries Department was being careful about salmon stocks.

"For 2022, the department is taking a more precautionary approach toward managing impacts of commercial fisheries on stocks of conservation concern including smaller wild sockeye populations, chum and steelhead returning to the Skeena River," she said.

The Fisheries Department also expects a large sockeye run for the Fraser River and its tributaries this summer, but returns of chinook, coho and chum to northern and Central Coast rivers and streams are expected to be low.

"The forecast range for Fraser River sockeye in 2022 is 2.3 million to 41.7 million, with a median forecast of 9.7 million," said Sloan. "The median forecast means there is a 50 per cent chance returns will come in below that level."

That is well above the estimated 2.5 million sockeye returns in 2021, according to Fisheries and Oceans Canada data.

Sockeye are the most sought after of the Pacific salmon species for their superior flesh, colour and quality, says the Fisheries Department.

The strong returns come amid debate over the future of open-net salmon farming in BC waters.

In 2018, the BC government, First Nations and the salmon farming industry reached an agreement to phase out 17 open-net farms in the Broughton Archipelago between 2019 and 2023.

The agreement was negotiated to establish a farm-free migration corridor to help reduce harm to wild salmon.

In June, federal Fisheries Minister Joyce Murray said the government will consult with First Nations communities and salmon farm operators in the Discovery Islands, near Campbell River on Vancouver Island, about the future of open-net farming in the area.

A final decision on the future of the farms is expected in January 2023, the minister said.

"That is such a key migratory route of all Fraser River salmon, in particular coho and chinook," Chamberlin said. "If we are going to see Fraser runs return, we need to see removal of impediments."