Police are saying a driving instructor in Coquitlam failed “a basic security check” by letting his student take the wheel while allegedly intoxicated.

The car, which had “student driver” on the back, was pulled over for running a stop sign around 1:30 pm on Feb. 2. 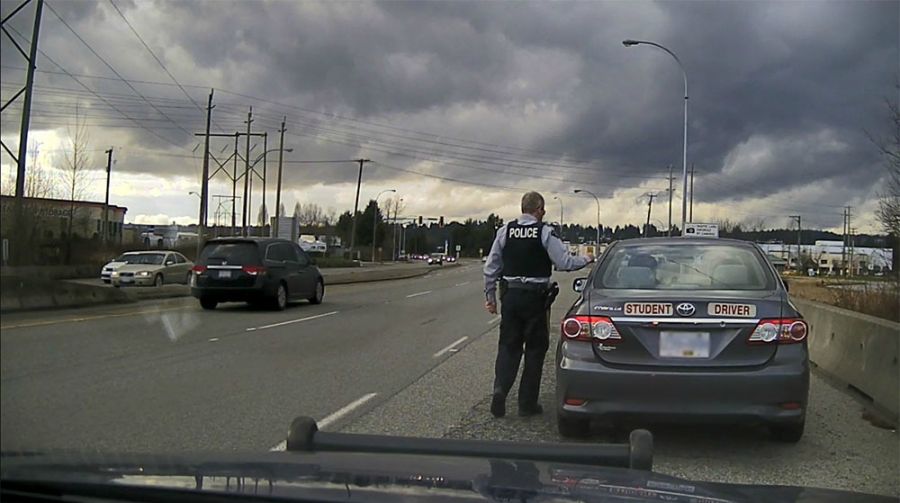 The 44-year-old Coquitlam man behind the wheel was a student driver and he failed a roadside sobriety test administered by the officer at the scene.

“It also shows why traffic stops are one of the most unpredictable things you can do as a police officer,” said Cpl. Michael McLaughlin, who stressed the seriousness of the situation despite its funny nature.

“Neither the driving student nor the instructor did their due diligence to be safe on the road. Our officer made sure to deliver immediate consequences.”

The student had his learner’s licence suspended for 90 days and received a ticket for running the stop sign.

The driving instructor had his car impounded for 30 days and he now faces a review from ICBC, as does the driving school.

Possible human remains found inside a torched vehicle in the Okanagan

A trio of new COVID-19 cases reported by Interior Health

A slide worth thousands was stolen from a BC playground

Person rescued from creek culvert in the Okanagan