A large number of new fires have sparked across Southern British Columbia.

The biggest groupings are in the Kootenays, South Okanagan and around Kamloops.

None of the fires has yet grown above five hectares. 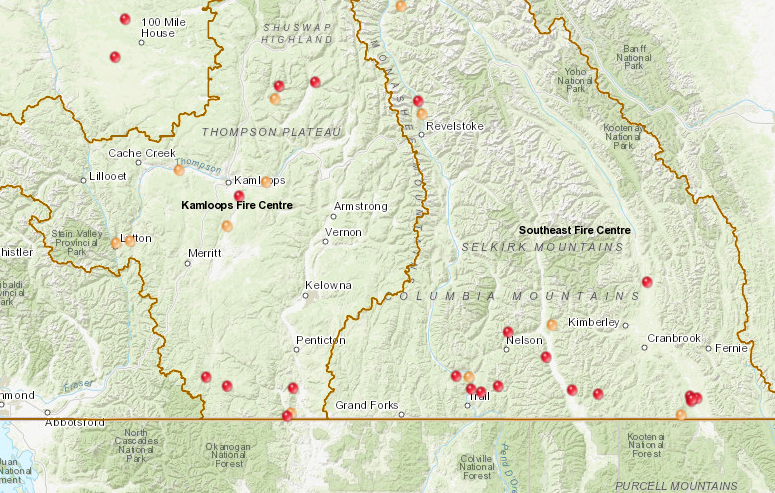 All of the new fires in the Kootenays were started by lightning, while in the South Okanagan and Kamloops area the causes are unknown.

BC Wildfire Service says several fires in the vicinity of 100 Mile House, meanwhile, were caused by lightning in most cases and people in one.

On June 14, Environment Canada tweeted that there had been 24,000 lightning flashes over the province on Thursday.

There are currently 52 active fires in B.C.