The first PadMapper rental report of the year has arrived, but it appears that little has changed in the market.

Much like the end of 2019, BC and Ontario continue to be the most expensive provinces to rent a room, or rooms, in Canada.

In fact, Montreal remains the only city outside of those two provinces to crack the top 10.

Vancouver has overtaken Toronto as the most expensive rental market in Canada, however, both cities have seen prices drop since this time last year. 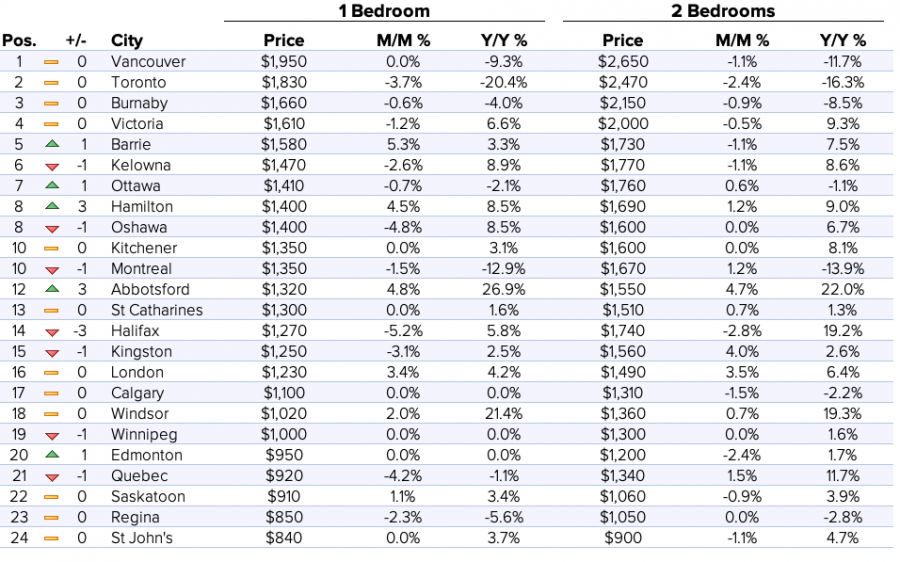 Alberta's major cities managed to steer clear of the top ten, with Calgary and Edmonton ranking 17th and 21st respectively, both down multiple spots from the same time last year.

In Calgary, one bedroom units average out at $1,110 a month, while in Edmonton the average cost of a one bedroom home is $950.

Victoria, where one-bedroom pads cost an average of $1,610, lands fourth on the national the real estate report.

Abbotsford has jumped three places to 13th on the list, beating out cities like Winnipeg and Regina, with an average monthly rent of $1,320 for a one-bedroom unit.

"The winter months tend to be the slow moving season of the year, as not many renters are moving during the holidays, and that trend is reflected in how the markets performed in this report, with nearly half of the cities experiencing falling rents."