(UPDATE: Aug. 7 @ 2:15 pm) – The rain that fell on the Maria Creek wildfire has resulted in minimal growth over the weekend.

The BC Wildfire Service is still estimating the fire at just over 1,000 hectares.

According to the agency, the wildfire has settled into a series of old cut blocks and continues to burn in areas with sparse fuels.

There are 98 firefighters, 18 pieces of heavy equipment and two helicopters on site Sunday.

Crews are focusing on building containment lines and establishing hoselay.

The BCWS explains that a fire guard has been completed around 75% of the fire’s perimeter.

Finally, the fire continues to burn in an area that is not threatening nay structures.

(UPDATE: Aug. 5 @ 1:15 pm) - The BC Wildfire Service says rain that fell on the Maria Creek wildfire on Thursday will reduce fire behaviour and slow growth until Tuesday.

Around 16 millimetres of precipitation fell on the fire, west of Cache Creek and north of Lillooet, which has been estimated at 1,004 hectares in size since Wednesday.

"The fire continues to burn in old cut blocks, where fuels are patchy and disorganized," explained the BCWS.

Heavy equipment has established access to the fire and the focus is on building containment lines by connecting existing roads and cut blocks.

According to the BCWS, ground crews are establishing hose lays to reinforce fuel breaks and 700 metres of machine guard went in on the east to southeast flanks on Thursday.

There are currently 45 firefighters, 11 pieces of heavy equipment and two helicopters assigned to the Maria Creek wildfire.

BC Wildfire Service mapped the fire at 1,004.3 ha this morning.

In its most recent update, the agency said it had 60 firefighters at the scene.

They are being assisted by 10 helicopters.

The cause is believed to be lightning.

The BC Wildfire Service says the fire showed “moderate” fire behaviour throughout the afternoon on Tuesday and the growth of 75 hectares was on the northeast flank of the fire. 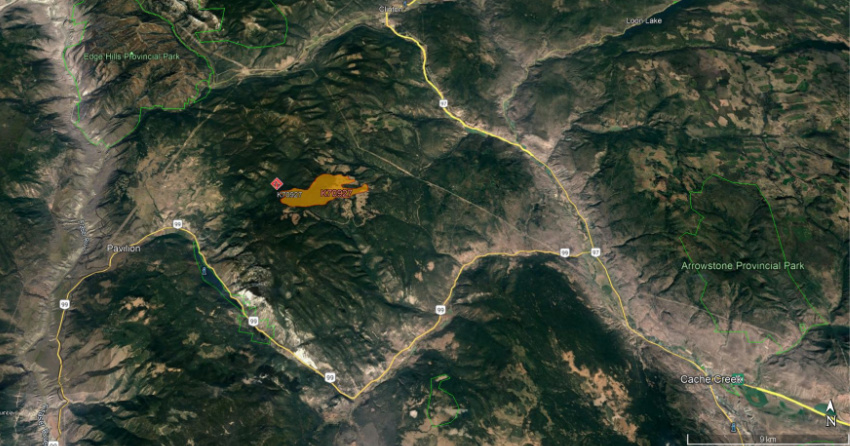 According to the agency, high temperatures, low levels of humidity and gusty winds are causing this fire to remain fairly active.

However, it has now reached a patch of cut blocks where fuels are “patchy and disorganized.”

This fire is located six kilometres northeast of Pavilion. The BCWS adds that there is currently no threat to nearby highways or structures.

(Original story: Aug. 2 @ 4:17 pm) – A new wildfire note has popped up on the BC Wildfire Service dashboard: the Maria Creek wildfire.

This fire was first discovered on Sunday about six kilometres northeast of Pavillion.

On Monday, Aug. 1, NowMedia Staff reported that the firefighting team assigned to the Nohomin Creek wildfire near Lytton had taken command of this fire.

This fire is currently estimated at 800 hectares.

“The Maria Creek wildfire has been made a wildfire of note due to increased inquiries about smoke highly visible from Pavilion, Cache Creek, Clinton, Highway 97, and surrounding communities,” explains the BCWS.

“The wildfire is burning in a heavily forested area and is not currently threatening any communities or infrastructure.”

This fire is not considered an interface fire and continues to be managed by the Nohomin Creek incident management team.

On Monday, Aug. 1 , conditions near the wildfire, like much of the province, were hot and dry which resulted in an increase in fire activity around noon.

Fire behaviour continued to be aggressive throughout the afternoon.

There was growth on the northeast flank which is burning uphill towards pre-existing cut blocks. 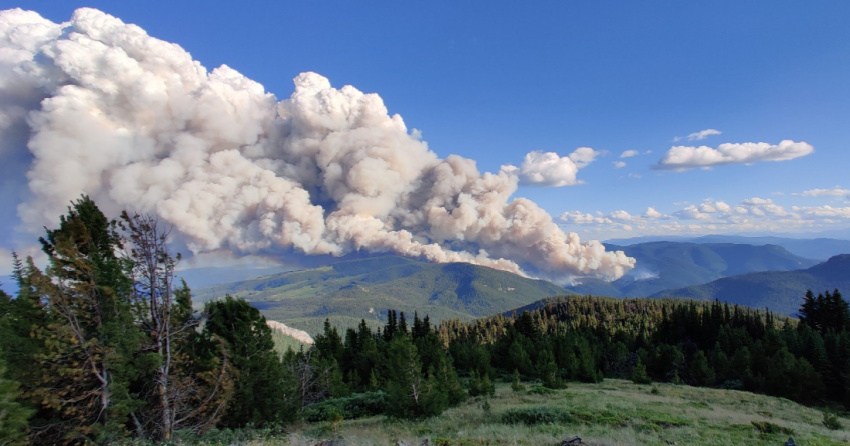 On Tuesday, the fire remains active and will be highly visible from surrounding communities and Highway 97 due to “high temperatures, low humidity and sustained winds.”

There are no threats to Highway 97 or Highway 99. Visit DriveBC for updates.

NowMedia Staff will continue to update this story as more information becomes available.

Ben Stelter, who stole the hearts of hockey fans this spring, has died at age 6