Interior Health (IH) is advising residents to stay indoors as much as possible and close their windows as the region’s air quality remains at dangerous levels.

The cause is smoke from wildfires in the western USA.

Early this morning, Environment Canada reissued a statement explaining that smoky skies are likely to remain over the next one to three days.

Much of the province’s south has air rated as 10+ (the most dangerous level) on the Air Quality Health Index. 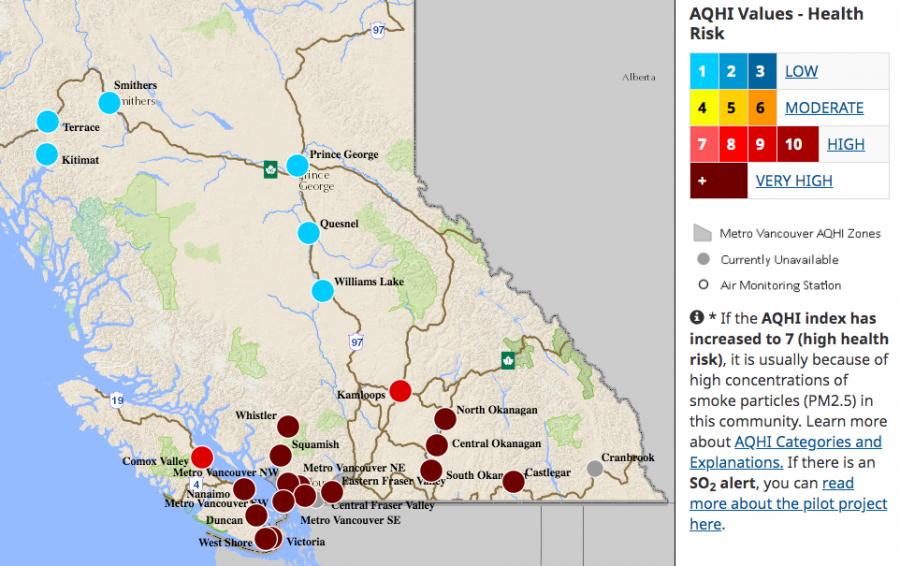 IH said people with respiratory problems such as asthma, allergies or COPD should be especially cautious.

They are warned to watch out for:

Those with cardiac disease are also warned to be vigilant. 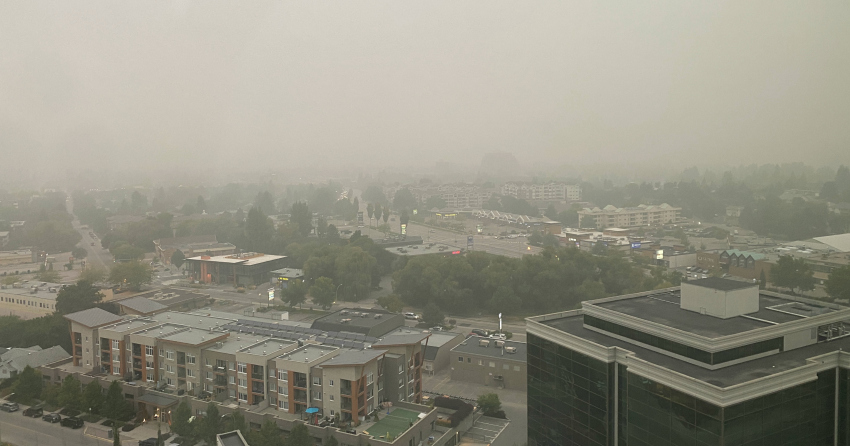 “If wildfire smoke is triggering mild symptoms individuals should take medications as prescribed and use a rescue inhaler if one has been prescribed,” IH explained.

“You should not take more medication, or take it more often than prescribed.”

IH also suggested those feeling sick because of the smoke should consider leaving the area until the air clears up. 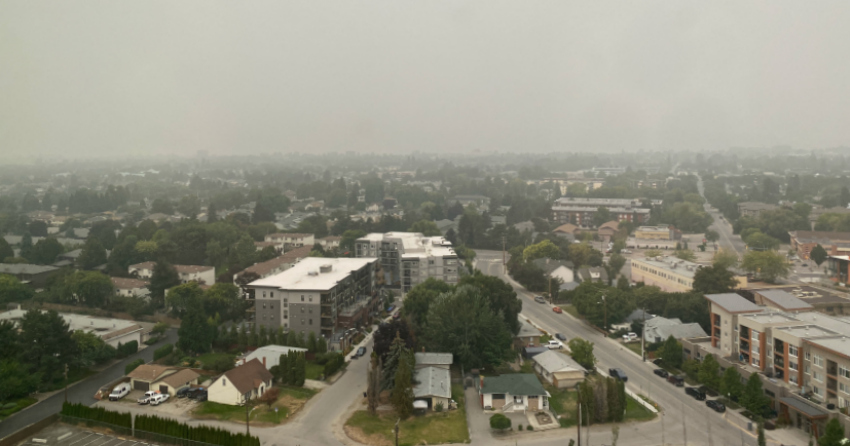 “People should stay indoors as much as possible, and close windows if they can,” the authority explained.

“Limit or eliminate outdoor exercise until the air clears.”

Students should be kept apart and have their physical education limited.